Every year at the "International Colloquium on Structural Information and Communication Complexity (SIROCCO)", the award for innovations in so-called "distributed computing" is presented. The award goes to people who make an important contribution to understanding the relationship between information and efficiency in distributed computing. Meyer auf der Heide, head of the "Algorithms and Complexity" department at the Heinz Nixdorf Institute at the University of Paderborn and chairman of the Collaborative Research Centre 901 "On-The-Fly Computing", is the only recipient of the SIROCCO Award this year. The prize is awarded to him primarily for his contribution to the development of continuous strategies for swarms of mobile robots. The award particularly recognises innovative ideas that were considered unorthodox and outside the mainstream at the time of their introduction. The decentralised coordination of large teams of mobile robots is a central research topic of this community.

Meyer auf der Heide has been researching in the field of "distributed computing" from the beginning and has made "groundbreaking contributions to online planning problems, distributed data structures and data streams", according to the conference laudation. Since 1989 at the Heinz Nixdorf Institute in Paderborn, his work has inspired and mentored several young researchers, some of whom are now established scientists in the field. He is (co-)author of over 200 publications and several patents. To date, over 50 doctorates supervised by him have been completed and 14 of his students now hold professorships. 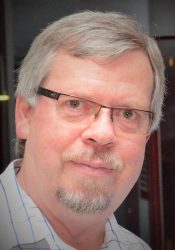